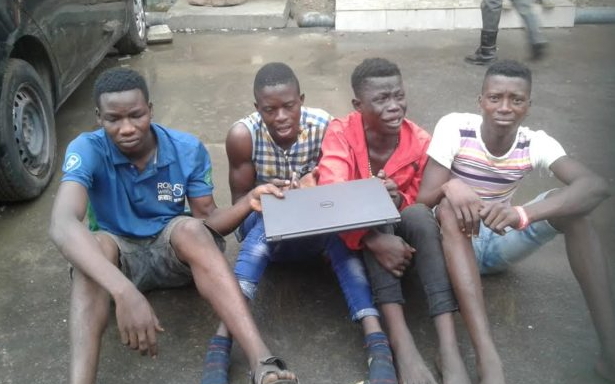 The hoodlums were today nabbed the moment they snatched a laptop from a woman identified as Mrs Adebambo.