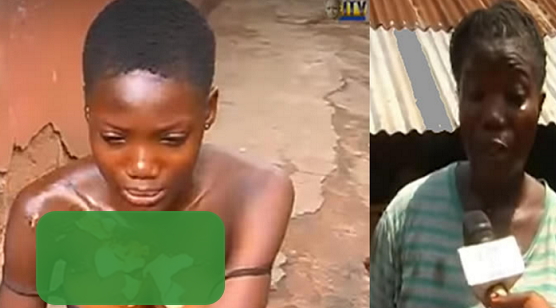 A mother from hell has been invited for questioning in New Benin area of Benin city Edo state for allegedly attacking her daughter.

According to the report monitored by ITV, the Benin housewife identified as Tricia Oterneghoro bathed her daughter with hot soup because she allegedly slept at their neighbour’s house yesterday.

The victim Joyce Emmanuel is currently receiving treatment at the hospital while her mother has been invited by police for questioning.

Here is the video report of the heartbreaking incident.