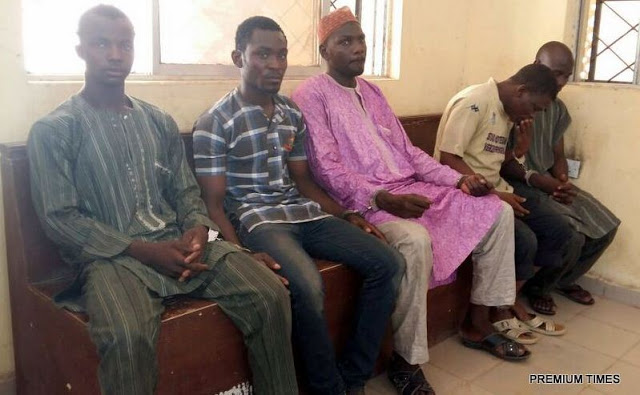 The blood thirsty youths who hacked a deeper life Pastor’s wife, 75-year-old Bridget Agbahime to death at a market in Kano last week have been arrested.

The leader of the gang, Dauda Ahmad ordered his accomplice to take up arms and stab Mrs Agbahime to death after they accused her of saying blasphemous things against Islam.

The suspects identified as Musa Abdullahi, Dauda Ahmad, Zubairu Abubakar, Abdullahi Abubakar and Abdullahi Mustapha were arraigned on a 4-count murder charge before a Chief Magistrate Court in Kano today.

If found guilty, the suspects could get death sentence.