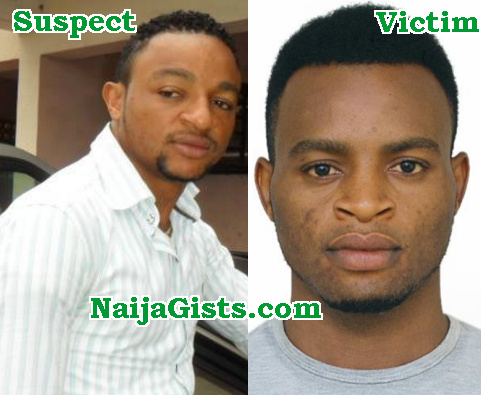 June 10, 2016 – Pictures: UNIZIK Student Stabbed To Death By Brother While Fighting Over Girlfriend They Both Dated In Awka Anambra

Undergraduates of UNIZIK (Nnamdi Azikiwe University), Awka Campus are still mourning the death of their colleague, Mr Julius Alagwu who was murdered by his own brother on campus this past Tuesday.

According to reports from UNIZIK, the deceased and his elder brother, Pope Victor Chimaobim Alagwu lived in the same hostel but Julius disliked Pope’s girlfriend because he has dated her in the past. He reportedly told the girl to stop coming to their hostel room anytime he is around because he doesn’t want to remember their rough time together. 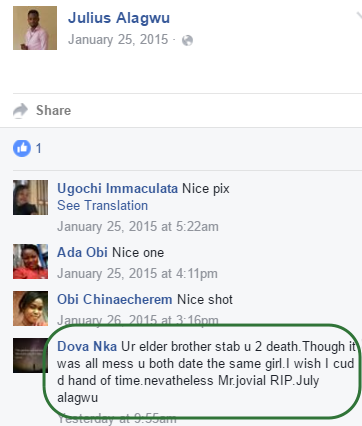 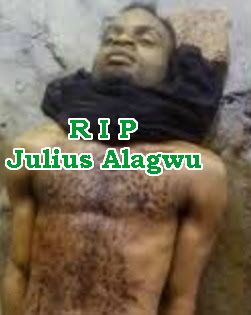 To cut the long story short, On Tuesday June 7 2016 around 8am, the girl came visiting and Julius got really upset and threatened to beat her up. A verbal argument between the blood brothers soon generated into a physical battle during which Pope gave Julius several dirty slaps.

Angered by the way his elder brother slapped him, Julius reportedly raced to the kitchen to grab a knife. His brother overpowered him and use the knife to stab him to death.

Julius reportedly died on the spot. Pope and his lover girl were immediately arrested.