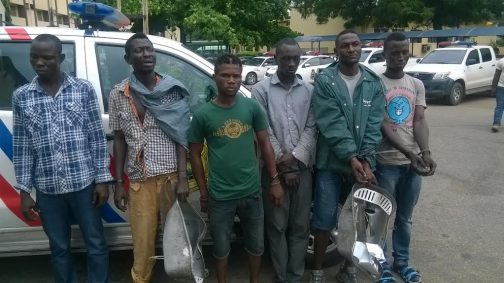 All the suspects owned up to the crime at RRS headquarters during interrogation and noted that they are among the homeless taunts living under the bridge since 2012.