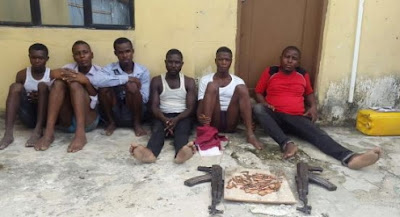 Charity Ikirigo, a 14-year-old student of the Federal Government College has been rescued from the den of her kidnappers in Okrika LGA of Rivers State.

Ikirigo’s kidnappers were caught at an uncompleted building in Abam area of Okrika.

2 AK 47 rifles and 170 rounds of live ammunition were recovered from the suspects.