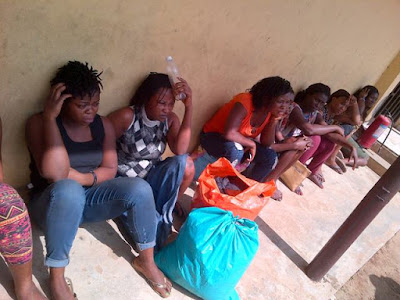 The abandoned structure located at 5 Club Road in Ikoyi was being cleaned up by the officials of Lagos State Ministry of Environment when the suspects were discovered.

The ladies who residents described as prostitutes have been constituting nuisance in the area since late last year.

During their confession most of the ladies said they came from Benue State to establish themselves in Lagos.

They are currently at the Ikoyi Police station waiting to be charged to court.