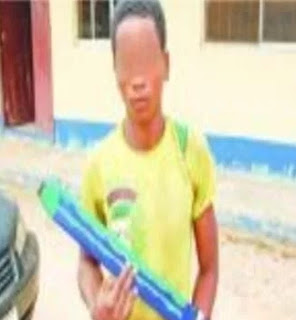 A Kaduna High Court sitting at Dogarawa, Zaria, on Tuesday, sentenced a 25-year-old man, Hassan Adamu, to death by hanging for homicide.

The judge, Justice Kabir Dabo, who convicted Adamu after he pleaded guilty, discharged and acquitted, Abubakar Adamu, the second accused based on insufficient evidence.
Dabo said after listening to submission, deliberations and witnesses from both sides, the court hereby sentenced first accused to death by hanging under Section 221 of Penal Code of Northern Nigeria.

Adamu, who resides at Tudun Jukun, Zaria, was convicted on a two-count-charge of homicide and criminal conspiracy.
The first and second convict persons were dragged before the court for killing of Shamsuddeen Adamu, 27.

They stabbed the deceased with a knife in three different areas of his body, including his hand, back and stomach which subsequently led to his death.

The case which had been on for a long time was filed four years ago by counsel to the state government, Mr Aku Alexander-Amadi of Ministry of Justice.