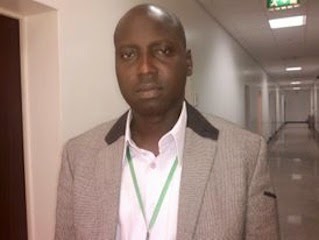 A very popular staff working at the Rivers State Government House Press Unit has been kidnapped.

According to eyewitnesses, Freddy Ndiagbara well known as Freddie in his community was kidnapped at a rally venue of the APC in Khana LGA of the Rivers State on Saturday.

Freddie, a graduate of UNIBEN is a trained journalist who had worked with the Nigerian Tribune in the past. He also acts as Rivers State Government House Official MC.

We gathered that his kidnappers took him away in a Toyota car after shooting sporadically to scare away APC supporters.

Organizers of the event were setting up the podium when the incident happened.

Rivers State Police PPRO, Ahmad Muhammadu who confirmed the abduction today said police had intensified efforts to rescue the victim from the hands of his kidnappers.