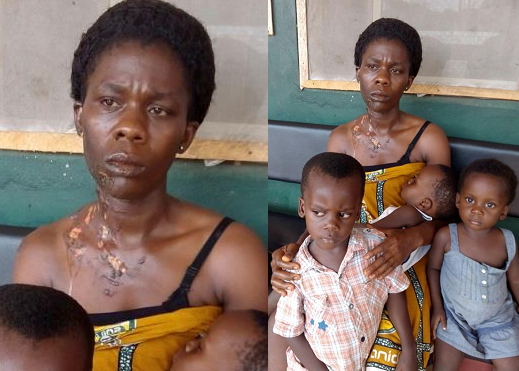 A man who allowed his anger to get the best of him is currently in police net after he allegely poured hot cooking oil on his wife during a heated argument.

According to Anambra Police command, one Mr Uchenna Okoye has been arrested for pouring hot oil on his wife, Njideka.

The barbaric act took place last week Tuesday after he demanded for his meal on returning home from work.

The victim told him she was expecting the person she sent to buy food items for her.

Okoye told police that he became furious when his wife told him she had sent someone to buy food items for her when he had earlier warned her never to do so. It was during the scuffle that he poured hot oil on her.

The suspect who blamed the devil for his action is currently cooling off at Awka Central Police Station.

The victim has been treated and released.