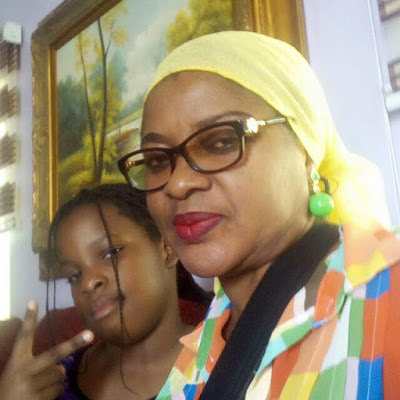 According a FB post, the woman pictured above Glory Uzoh relocated to Abuja from Lagos recently with her two adopted children.

She is currently clinging to life at the hospital following a fatal robbery attack at her estate in Abuja.

Her pregnant neighbour was killed while her husband lost his legs to the attack.

“This lady, Mrs Glory Uzoh moved from Lagos to Abuja with her two adopted children. Unfortunately armed robbers raided her estate, they went from door to door and killed some of the residents. Her neighbour who was four month pregnant after eight years of waiting was killed, the deceased’s husband was badly injured and his legs were amputated. Mrs Glory was shot severally and left for dead but eventually survived through the grace of God.”

May God deliver us in this country.