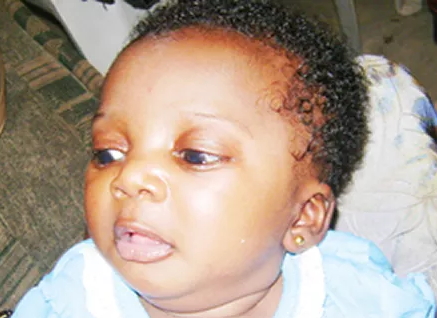 This adorable one month old baby girl has been rescued in Amuwo Odofin area of Festac Lagos hours after her mother allegedly abandoned her inside an Indomie box.

The baby was rescued by an OPC member around 5:50am on Sunday.

She was found wrapped in a white shawl and left inside an empty box to apparently protect her from cold and mosquitoes but sadly mosquitoes had already feasted on every exposed part of her body including her face.

The innocent baby girl caught the attention of officers at a nearby police station as she hungrily fed on food like she was starving.