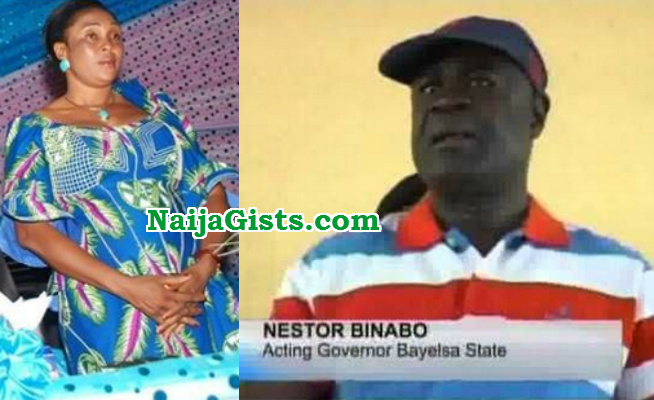 Martha Binabo, a one time acting 1st Lady of Bayelsa state has been kidnapped.

She was abducted by 5 gunmen at her store while making her hair yesterday.

According to witnesses, Mrs Binabo was forced into a waiting Toyota Camry in Agbura on Monday around 11:30am.

The masked gunmen in military uniform told her they were sent by JTF Commander to bring her to their headquarters.

The bandit escaped through a creek in the area after setting the Camry on fire.