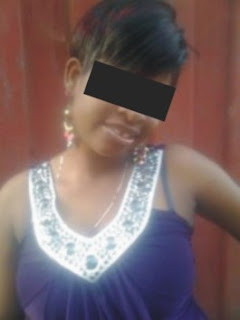 There was confusion on Monday at Ejigbo, after a housewife, Mrs Joy Bakare, impregnated by her secret married lover died in her lover’s custody after she gave birth to twins in Lagos State, western Nigeria.

We learnt that Joy already had three children from her estranged husband who resides in Sururere area before she became pregnant for Fatai who resides at Abaranje in Ikotun area.

Fatai is also married and has children but did not reveal the relationship with Joy to his wife until the incident happened on Monday.

To cover up the shame after the late Joy became pregnant, she relocated her to the house of the single mother where she eventually gave birth to the twins, a baby boy and a girl.

A few days after she delivered of the babies in a hospital and was brought back to the woman’s flat, she was found dead and foaming from her mouth on top of a bed in one of the rooms in the flat.

When the woman who harboured her in the flat heard the babies crying, she went to Joy’s room to find out what was happening only to discover that Joy was dead.

She raised the alarm which attracted neighbours who rushed to the flat.

The cause of Joy’s death could not be immediately ascertained as there was no report of autopsy from any doctor.

Trouble started after the woman who harboured Joy contacted her husband and family members and they rejected her corpse.

She then contacted Fatai who later went to the place and also refused to take responsibility for her burial.
Fatai explained that he did not marry her as his wife and as such he would not accept the corpse for burial even though he was the father of the twins.

The confusion persisted until Joy’s elder sister was contacted and she went and took the corpse to Isolo General Hospital mortuary.

The twin babies were handed over to Fatai who took them to his house at Ikotun where his wife eventually knew about the adultery mess by her husband.