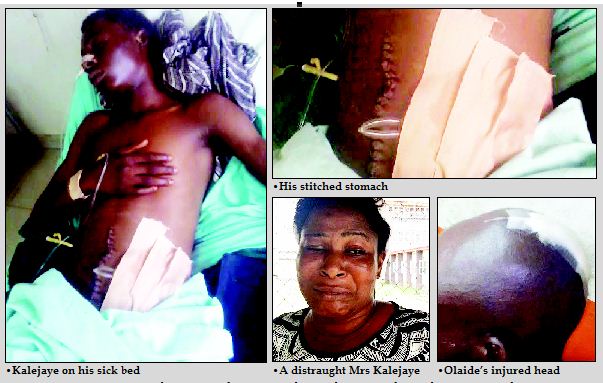 Surgeons are battling to save a 16-year-old boy, Bolaji Kalejaye, who was hit by a stray bullet during last week’s violence in Agiliti, near Mile 12 on the outskirts of Lagos.

A bullet pierced through the back of Kalejaye, who was on his way home after writing the Unified Tertiary Matriculation Examination (UTME).

Kalejaye’s case was miraculous. The bullet tore through his stomach, pushing out a vital organ, which he said he held in his hands. He was rushed to the nearest police station where he was allegedly sent away.

In pains, he fell on the road. Passersby ignored him as they ran for cover.

Some neighbours later rushed Kalejaye to the Lagos State University Teaching Hospital (LASUTH) in Ikeja where doctors rallied to save his life, stitching the lower part of his stomach to the upper part of his private parts.