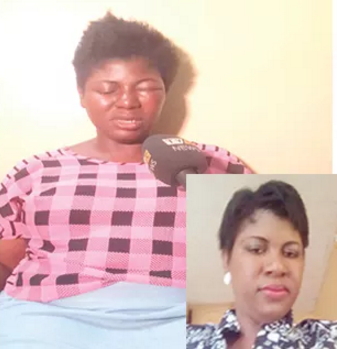 Check out what robbers did to Toyin Ibrahim, a producer with TVC (Television Continental) in Lagos State.

Toyin Ibrahim narrated how God saved her from some robbers on Wednesday while heading home from work around 5:30am. 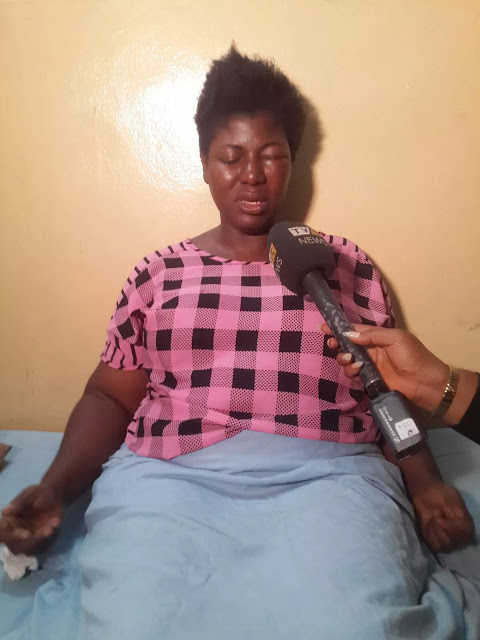 Although she wasn’t raped, but she had swollen face to show for the horror she went through in the hands of the dare devils.

“ I close at work at 5:30am and headed home. I boarded a mini bus near Ketu Bridge and was heading to Berger-Magodo area. The robbers started operation two minutes after we boarded the bus. The driver diverted to another route. I was pushed out of the vehicle at Ikeja, close to Allen Avenue.

Two minutes after the vehicle took off; one of the robbers began to hit me. They asked for my ATM PIN. I gave them a wrong one. When they tried the numbers and discovered that the PIN was wrong, they were angry.

They descended on me. They kicked me with their heavy boots. “I had to tell them the truth. I gave them the PIN to my Guaranty Trust Bank (GTB) and Skye Bank. As they were beating me, I bit one of them.

He became angry and tore off my jean trouser. He wanted to rape me. I was saved by one of them who told him that there was no time for such.

My Company had just paid my salary. I was hoping to withdraw some money. The robbers withdrew everything.”

“It was a 14- seater bus. I wanted to sit at the second seat, behind the driver’s, but the conductor said that was his seat. I had to go to the last seat.

I and four other passengers were victims. They stepped all over me. I would have died if they had succeeded in raping me. Even as they were doing that, they pushed two victims down from the bus, even while the bus was on motion.

They injured me in the head. I’m still spitting blood. They stole my three ATM cards, one phone and the N3, 000 in my pocket. They robbed other victims too.”

Lord have mercy! what is this country turning into.

Wishing her a quick recovery.