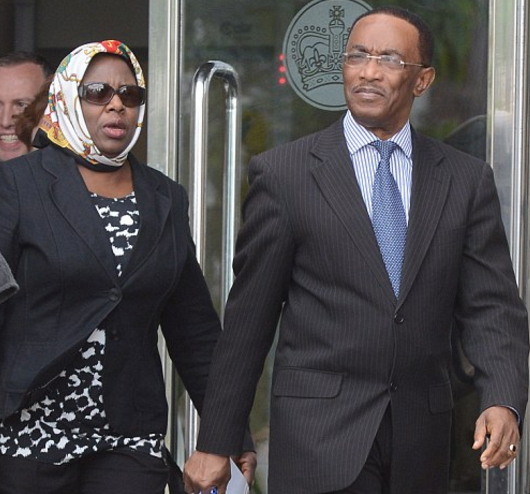 A British-Nigerian couple was found guilty on Tuesday of keeping a Nigerian immigrant enslaved for more than two decades, forcing him to work for no pay and threatening him with deportation if he tried to escape, prosecutors said.

Emanuel Edet, 61, and Antan Edet, 58, held their victim captive from the time he was brought to Britain when he was 14 years old, said the Crown Prosecution Service.

The husband and wife were convicted at Harrow Crown Court in northwest London on charges of child cruelty, slavery and assisting in illegal immigration.

They had told the teen when they brought him from Nigeria in 1989 that they would pay him and provide him with an education, prosecutors said.

Instead, the victim, now 40, was forced to cook, clean, garden and care for the couple’s children without any pay for up to 17 hours a day, they said. He was forced to eat alone and typically slept on hallway floors, they said.

He got no education and had only very limited contact with his family and the outside world. The couple took his passport, and he had no identity documents, prosecutors said.

Prosecutor Damaris Lakin said the Edets told their captive he would be arrested as an illegal immigrant and deported if he left the house and contacted police.

“He believed this and felt trapped and completely dependent on the Edets,” Lakin said in a statement. “Emanuel and Antan Edet have cruelly robbed this victim of 24 years of his life. They have treated him with complete contempt.”
“This was a shocking case of modern day slavery,” he said.

The convictions came on the first day of a two-day Trust Women conference in London on women’s rights and human trafficking held by the Thomson Reuters Foundation.

Prosecutors said the Edets had changed the victim’s name and added him to their family passport as their son when they brought him into Britain.