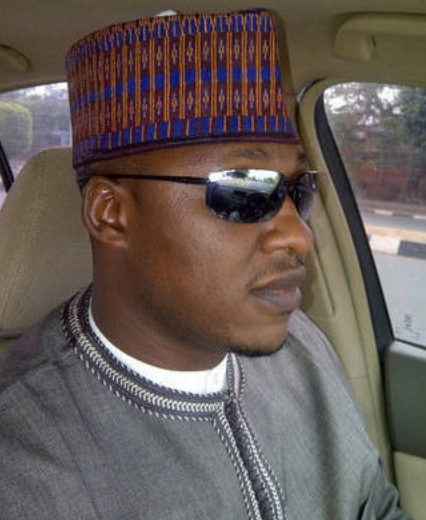 President Buhari has ordered the immediate arrest of Musa Yola, the younger brother of his wife, Aishat Buhari.

A close confidant of the suspect alleged that he reportedly scammed an unidentified businessman of a whopping N300million with the promise of helping him secure oil block from the Buhari’s administration.

He was immediately arrested and put in handcuffs in the company of the businessman he duped and paraded before Buhari.

After telling the businessman that he was stupid to part with such significant cash when he should know that he, Mr. Buhari, would not participate in fraud, the president ordered agents of the State Security Services (SSS) attached to Aso Rock Villa to thoroughly investigate the scam. He also ordered the SSS operatives to ensure that the businessman recovered his money from his brother-in-law.

Alhaji Musa Yola was said to have refunded the money on Wednesday after which he was released on bail.