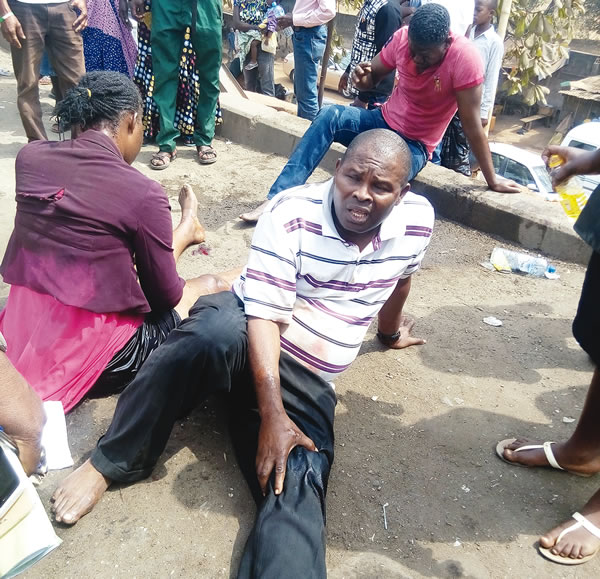 At least 7 people sustained serious injuries yesterday at the popular Berger bus stop in Isheri area of Lagos State after a Sienna minivan crushed them.

The fully-loaded passenger bus with plate# KSF 948 XF from Ketu was travelling to Abeokuta in Ogun State when he lost control.

We learnt the vehicle suffered  brake failure on reaching Berger bus stop in Isheri but all efforts put in by the driver to avert the tragedy failed. The van rammed into people waiting to board buses to their various destinations before hitting the median on the expressway.

Pictured above is one of the victims, a woman who had passed out beside her husband whose legs were crushed.

The driver of the Sienna van fled the scene of accident out of fear.