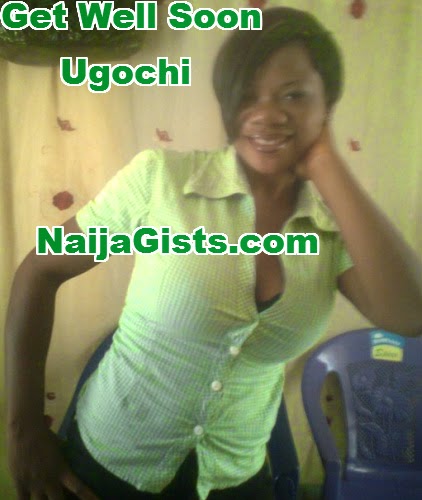 Pictured above is Ugochi Uche, a middle age woman who was set ablazed by her hubby in the wee hours of Tuesday the 17th of February 2015 in Umuna community, Orlu LGA of Imo State.

The 45-year-old man identified as Uche doused his wife with petrol while she was sleeping before setting her ablaze.

Three days before the tragedy, the suspect reportedly accused his wife of cheating on him, which resulted in a serious fight.

A family source told reporters that Ugochi was sleeping when Uche poured petrol on her.

Uche’ s inlaws from Ekwe in Isu Njaba LGA of the state came to the couple’s home on a revenge mission yesterday evening to destroy all their son inlaw’s property.

It took the timely intervention of police in the area to calm down the violence.

Imo Police spokesperson, Andrew Enwerem who confirmed the ugly incident says the victim is clinging to life in an undisclosed hospital in the state.