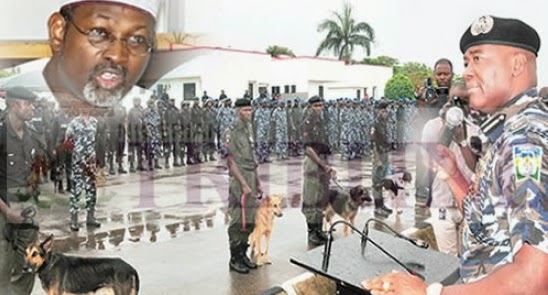 Although Justice Abdul Aboki-led five-man panel dismissed the appeal filed by the All Progressives Congress (APC), it, however, found merit in the appellant’s complaint that the military was used to harass and intimidate its supporters and leaders during the poll.

In its unanimous judgment, the appellate court held that the Justice Siraju-Mohammed-led tribunal in its verdict delivered on December 19, 2014, quickly dismissed the ‎appellant’s allegations of harassment by the military on the grounds that it lacked jurisdiction to hear such.

He held that though the tribunal had rightly struck out the names of the Chief of Army Staff and the Inspector General of Police as respondents in the petition in accordance with provisions of the Electoral Act, it ought to have determined the appellant’s complaints and considered the two parties as agents of Independent National Electoral Commission (INEC) or individuals working on behalf of the commission.

The court, however, held that the entire appeal lacked merit since the main issues of alleged forgery of Higher National Diploma (HND) by Fayose and request for his disqualification on the grounds of his earlier impeachment from office in 2006 had been resolved against the appellant.

It, however, held that the use of Armed Forces in the conduct of elections was a violation of Section 217(2)(c) of the constitution and Section 1 of the Armed Forces Act.