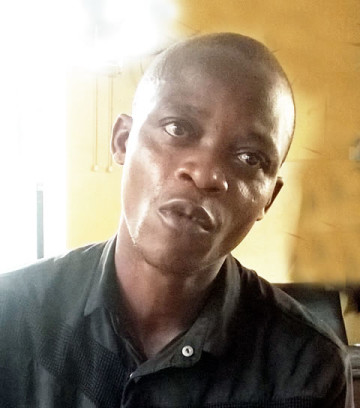 35-year-old Nelson Oamen, who stabbed his father, Sunday Oamen, to death, in Abesan Estate, in the Ipaja area of Lagos State, has said he did it because his father always scolded him.

Oamen, who is currently being detained at the State Department of Criminal Investigation, Yaba, on Wednesday said that he had smoked four wraps of Indian hemp before committing the crime.

He faulted his parents for not giving him enough training, adding that he hated them for always talking down on him.

Nelson, a suspected drug addict, stabbed his 75-year-old father to death on Friday, September 23. It was reported that the deceased, a retired worker in a company in the Apapa area of the state, was battling with stroke and always stayed indoors at the time of the incident. 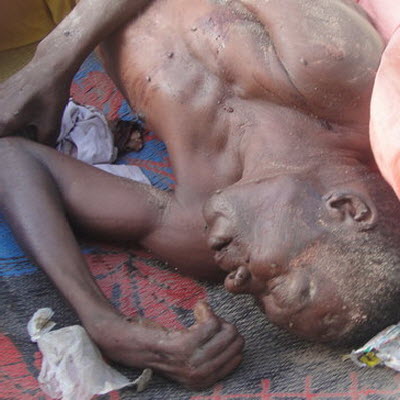 Nelson was reported to have sneaked into the house and stabbed his father to death with a broken bottle. He was said to have covered his corpse with a blanket and fled the house.

The suspect voluntarily turned himself in to the police. Nelson said he surrendered himself to the police because he lost his peace after killing his father.

The Edo State indigene said he had always fought with his father before things went awry on the fateful day.

“I am the fourth child in a family of eight children. I have had several fights with my dad in the past. There was a time I confronted him that I had been going through a lot of challenges in life and I needed help, but he said I should sit at home and he would be feeding me. I was angry because he wanted me to be dependent on him and I needed to fend for myself.

My parents knew that I smoke hemp and it sometimes affected my behaviour. They asked me to quit it, and I did for some time. People advised them to take me for medical care, but they said they did not have the money.

I became addicted to hemp about six months ago. On Thursday night, a day preceding the incident, I had gone to a joint where I smoked four wraps of hemp. I bought each for N50.

On Friday, around 11am, I was sitting outside the house when I started feeling restless and a spirit told me to go inside and kill my father. I went in through the window and when I got to where he was lying, I stabbed him in the neck and chest.”

The spirit that pushed me to kill my father began to tell me that I will not have rest until I report myself to the police. When I could no longer bear it, I decided to report to the police.

It is not my fault. Whenever I talk to my parents, they always scolded me. And sometimes, I felt they were not my parents. I killed my father because he always chastised me and because I lost control of my senses.

If I get out of this mess, I will surrender my life to Jesus. But if not, I resign myself to fate,” he said.