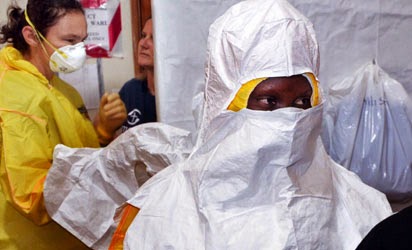 Newly married Lagos-based nurse who fled from an Isolation center for Ebola virus victims in Yaba has been recaptured several hours after she landed in Enugu.

Information minister Labaran Maku said those the nurse came in contact with including her hubby have been quarantined.

“So far, the number of people that have been traced is 198. Out of this number, 177 are in Lagos. Some are in quarantine, some are being monitored by health specialists.

“21 persons in Enugu are also being watched. This is because one of the nurses that was involved with the treatment of the index case, unfortunately, disobeyed medical instructions and somehow travelled to Enugu.