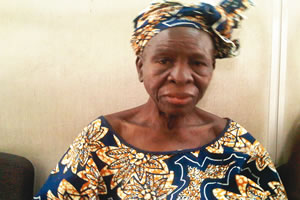 A 75-year-old woman who was declared missing few days ago in Ita Amodu area of Ilorin, Kwara state has been found.

Madam Janet Agbana was found on Tuesday around 10pm wandering in a motor park in Ibafo.

“I strolled out of my house to buy an item on a neighbouring street. I did not know how I found myself here. “I saw people entering a bus and I entered with them. I am not staying alone. I am living with one of my sons, Kareem Dauda.

“I want to return to Ilorin. My family members are waiting for me. But I do not know the way back home. I am not working. I just stay in the house.” – Agbana told Ogun Police

She has been transferred to social welfare centre in Owode.