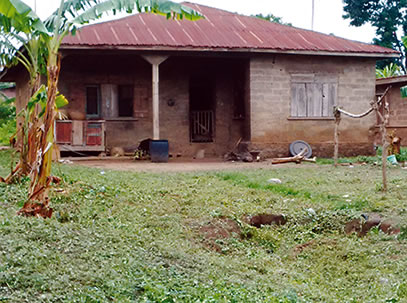 Pictured above is a bungalow built by now late Shadrach Adebayo Adeyi, the father of star footballer Emmanuel Seyi Adebayor in Igbaye town, Osun state before his death.

His kinsmen said Shadrach built the house when he was still living in Ghana.

A native of Igbaye, who worked as a Chief Nursing Officer at General Hospital Osogbo, Mr Oyetayo said the  deceased never brought his children home. He was accused of shielding the children from the family.

Oyetayo said Shadrach’s children buried him in Togo and didn’t inform his extended family about his death.