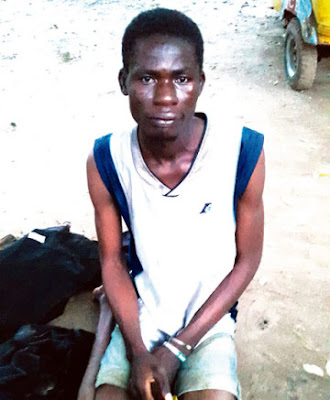 A man simply identified as Mohammed was arrested by residents of Iresi street in Orile Agege on Sunday while looking for a man to kidnap and use for money ritual.

The suspect who pretended as a mad man moved into the area on Sunday. When asked what he was looking for, he declined response.

He later confided in another resident who talked with him in Hausa that he needed human parts and blood of a child for money ritual. Mohammed said a friend directed him to the area.

He was reportedly chased away by some women on Saturday but on Sunday, he returned and was challenged by some youths who recovered some charms from him and handed him over to the police.