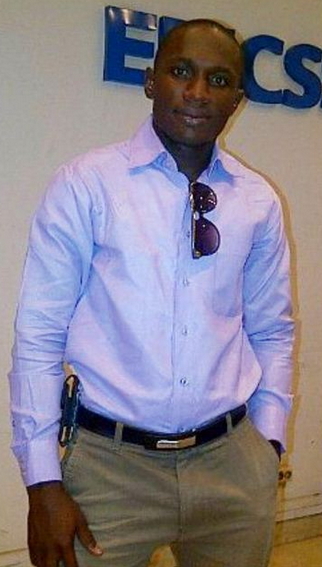 The suspect who is still in DSS detention said he got N150,000 for the operation.

David Nwawuisi narrated how he was contacted by one Chidiebere Onwudiwe, whom the Federal Government said was at large, and one Obioma, to seal the deal for the installation of the transmitter at the mast site.

“I came to know about Chidiebere and Obioma one day the security woman called me to tell me that that they will like to install a radio ( transmitter) on one of my sites at Ngwo in Enugu State and I told them that I don’t know who they are that if they can make out time so that we can see face to face because I don’t know them and that was in May.

“So the next day, they called me. I was working in one of my sites at St. Michael Catholic Church Asata in Enugu State. I asked them to come down to that site and that was the place I saw them for the first time and they introduced themselves as Chidiebere and Obioma. They also asked for my name and I said David. They also asked for my native name and I said Chukwugozie and from there Chidiebere started saying that the radio (transmitter) they are asking for my permission to install in my site is to help them educate our people (Igbo) and let them know their brothers and where they come from….

“They called me again to remind me of that and that was when I told them ok and we agreed that they are going to be paying N25,000 only per month which they paid six months upfront. N75,000 cash was given to me that day they came for the installation and out of that I gave N5,000 to the security woman. The balance was paid into my account at Ecobank after the First Bank (account) I gave to Obioma failed to accept the payment.

“The payment of the balance was done two weeks after the installation of the radio (transmitter). On three different occasions, Chidiebere and Obioma called me to do some maintenance on the radio (transmitter). I gave them access into the site and left and when they finished, the security woman informed me that they are through and I came and locked the site.

“The items Chidiebere came (with) were an electronic that looks like a decoder and a DSTV dish which was installed on the fence. The other items were installed inside the MTN site shelter. The equipment has been there for three months and on July 15 the MTN staff went to the site and called me from the site and asked me what the equipment is. The name of the MTN staff is Mr. John Ibekwe. When he was calling, I couldn’t get what he was asking due to the environment because I was driving and when I parked, I called the security woman to ask her and she told me that is the equipment that Chidiebere and Obioma installed that his asking of.

“I called back the MTN man to tell him what the equipment is for, that is a Radio Biafra (transmitter) that was installed by Chidiebere and Obioma. I told him that I will like to see him which he asked be to come to Shoprite and I came and after I was taken to the MTN office by the MTN security patrol team. From the office, after telling them how the equipment came about and how I got to know about Chidiebere, I was taken to Enugu DSS office.” (sic)

The illegal Radio Biafra transmitter has been uninstalled by MTN as Nwawuisi laments in DSS detention.