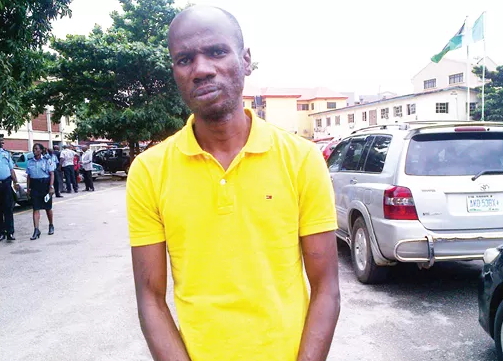 For allegedly duping a very ill cancer patient of N4million, a heartless man parading himself as a doctor has been arrested by Lagos State Police.

The suspect, 38-year-old Charles Nze told told police after his arrest that the money he collected from the family was meant for drugs and equipment he used to treat the patient who was a family friend.

He claimed to be a dentist who graduated from Calcutta State University in India in 2000.

Instead of referring the patient to a treatment center, Nze kept buying pain killers for the woman whose condition got really worse overtime.

He was busted after another family friend identified him and reported him to the police.