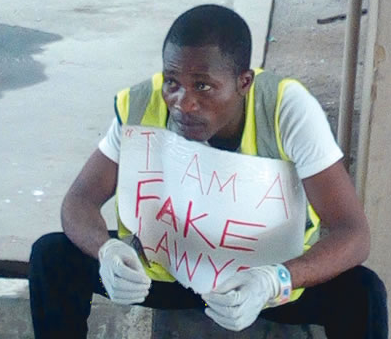 Meet 34-year-old Olayomi Adegbite, a fake lawyer who had been representing clients at a Lagos Magistrate’s court in Ogba since December 2016.

The suspect was representing a man accused of stealing on Friday the 24th of February 2017 when a magistrate of Court 5 noticed the flaws in the bail application the suspect made for his client.

The Chief magistrate invited him for question where it was discovered that the suspect was never called to the bar.

He was promptly arrested and tried last week Thursday where he was sentenced to 100 hours of community service across magistrates’ courts in Lagos.

The magistrate also ordered him to place placards with inscriptions, ‘I am a fake lawyer,’ on his front and back while cleaning the courts. 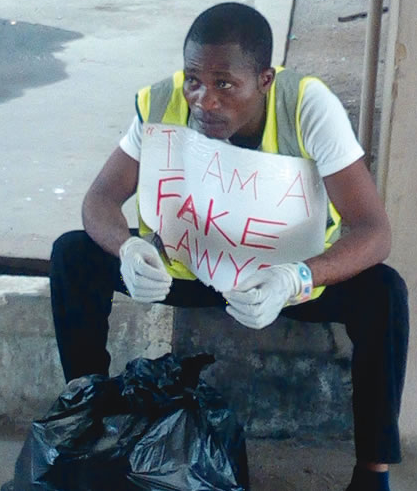