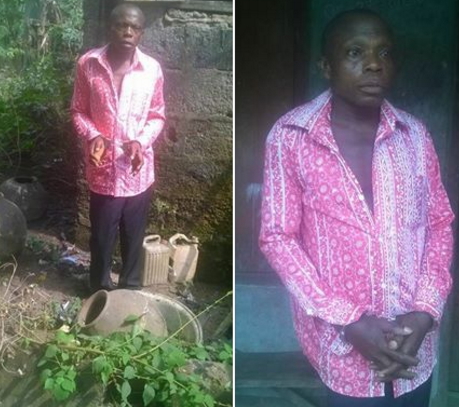 A native doctor identified as Gad Iweajuo has been arrested.

The 55-year-old suspect was nabbed around 5am  yesterday when gang members of notorious kidnapper Vampire led police to his hideout in Aba Abia state.

The native of Abia state was said to have prepared a ritual that enabled the notorious kidnapper to escape from an Owerri High Court few weeks ago.

He is currently cooperating with investigators.