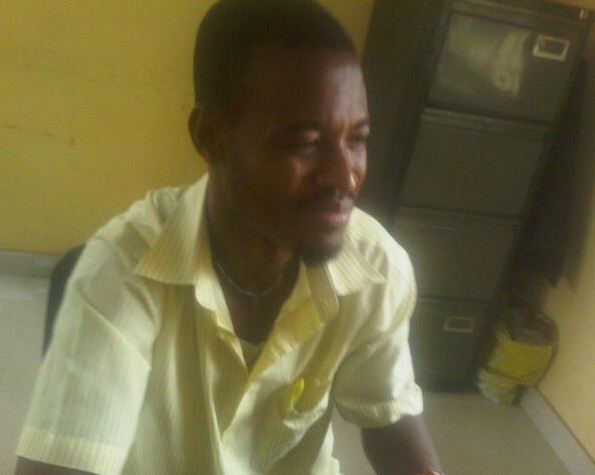 Ogochukwu Raphael, a wealthy businessman based in Sokoto is now stranded in Lagos after he came to find spiritual solution to his dwindling business.

According to him, apart from the fact he was defrauded to the tune of N750,000 for fake visa, the pastor allegedly collected another N800,000 for prayers for business success before he would travel out of the country with the Visa.

Pastor Chike Ifeanyi of Christian City International Church has been arrested and charged before Isolo Magistrates’ court for his alleged involvement in the Visa fraud.

The 45-year-old Ifeanyi allegedly collected N750,000 from Oguchukwu Raphael under false pretence of procuring him an Australian resident Visa for him.

The incident happened at 24, Mosholape street in Itire area of Lagos where the pastor resides. But the prayer was conducted at a church at Oke Afa where Raphael was made to part with deliverance fee.

The Ugbene, Awka, Anambra State-born Ifeanyi who resides at 25, Balogun street, Balogun Estate, Ajah, was arrested at Idimu after several months of hide-and-seek over the matter.

After the victim paid the money, it turned out that it was a scam as Ifeanyi did not procure any visa nor return the money to Raphael.
Rather, he told him that the embassy requested additional 10,000 dollars as deposit and sent him away from the church.

The matter was reported to the police who trailed Ifeanyi until he was arrested and charged to court.
He was charged with obtaining and stealing under the Criminal Code.
He pleaded not guilty.

The presiding Magistrate, Mrs Joy Ugbomoiko granted him bail in the sum of N200,000 with two sureties in like sum.

He was remanded in prison custody pending when he will perfect his bail condition.
The matter was adjourned till 2 March, 2016.