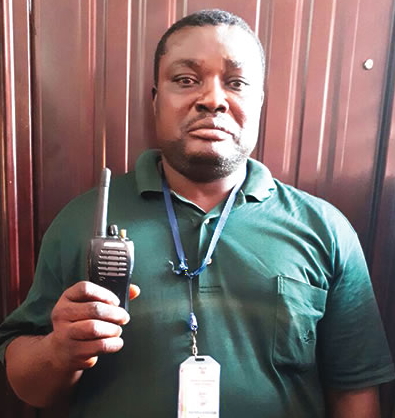 34-year-old Olayiwola Animashaun who has been operating illegally under Surulere Bridge since 2009 has been finally arrested.

The resident of Animashaun street in Aguda was nabbed around 2pm on Thursday while he was about resuming his illegal duty.

On sighting a police vehicle, the suspect fled but was later tracked down to his house in Aguda area of Surulere.

Items recovered from the suspect’s house include Police statement forms, reflective jacket and a machete.