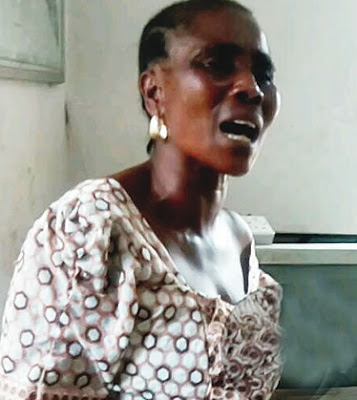 A fake prophetess who hails from Ibadan Oyo state has been arrested in Lagos for defrauding bank customers.

The suspect Simon Abiola was arrested in Dopemu yesterday for allegedly defrauding a bank customer of N150,000.

According to police sources, Simon was a member of a 4-member syndicate specialising in defrauding unsuspecting bank customers using fake prophecies.

Here is what a witness who identified himself as Rafiu Jimoh said about the suspect’s modes of operation yesterday:

Lagos Police CP Owoseni has directed the suspect to be charged to court.

Ini Edo Bounces Back After Miscarriage, Gears Up For AFRIFF 2016
Gay Primary School Teacher Arrested In Ibadan For Defiling Boy During Home Lesson