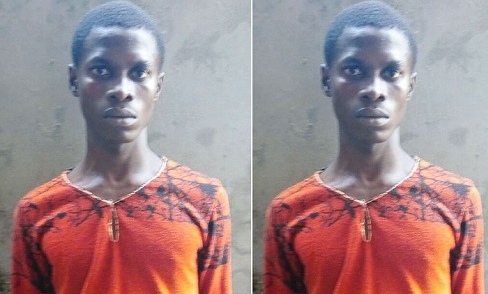 Collins Obi, a primary school teacher in Ibadan has been arrested by policemen for alleged sodomy with his pupil.

Obi was said to be taking the boy in extramural classes when he lured him into a house in the neighbourhood where he defiled him on Monday.

The victim reported the abuse to his mother.

Police detectives swooped on the neighbourhood and brought Obi out of his hiding.

According to Ajisebutu, the suspect confessed to the crime, adding that he was introduced to sodomy by an older friend, who is now at large.

The police spokesman said the victim was taken to hospital for medical attention.

He said the Commissioner of Police, Samuel Adegbuyi, directed that the suspect be arraigned in court after investigation by the Criminal Investigation and Intelligence Department.

Adegbuyi warned against such unlawful, criminal acts, and advised parents and guardians to monitor their children or wards.