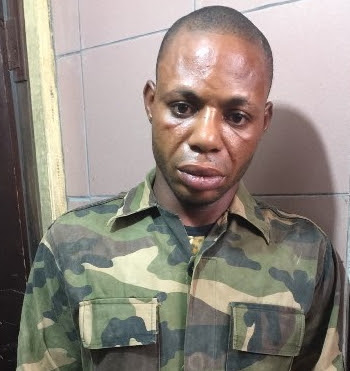 Mr Benjamin Okon, a middle-aged man using army uniform to rob motorcycle riders of their motorcycles across the states of the country has been arrested.

The suspect who has been parading himself as a military personnel was arrested on New Year day around 5am after SARS officials received tip off from members of the public. 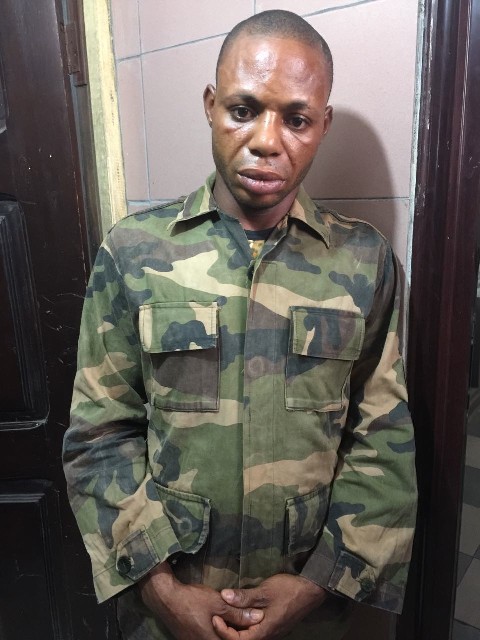 Here is his confessional statement: