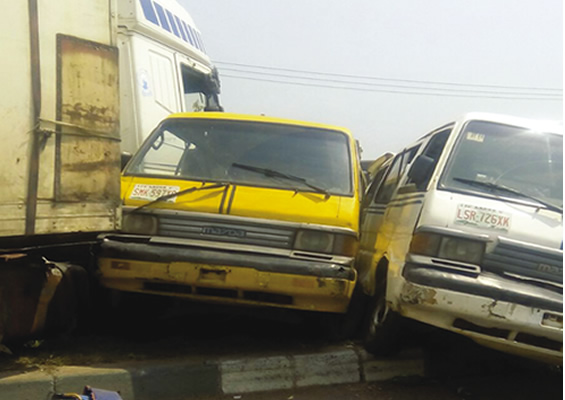 2 people have been confirmed dead and four others are in a critical condition after a trailer rammed into six other vehicles in the Ojota area of Lagos State.

Among the dead were a hawker and a yet-to-be-identified male passenger.

We learnt that the driver of the trailer lost control while heading towards China Town, Oworonshoki Expressway, and rammed into the vehicles.

Among the vehicles were two Mazda buses, a Sienna minibus, a Toyota Highlander, a Toyota Camry and a Honda car.

An official of the Lagos State Traffic Management Authority, who spoke on the condition of anonymity, said the incident happened around 12 noon.