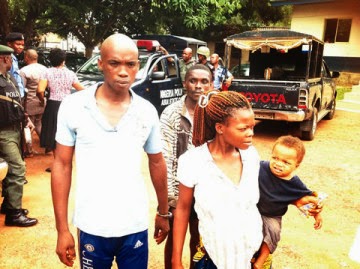 A young man identified as George Maduabuchi from Owerrinta in the Isiala-Ngwa South LGA of Abia State has been arrested for allegedly selling his 14-month-old son for N300,000.

The father of four was said to have connived with another suspect, Obinna Erondu, now at large, to perpetrate the act.

The Commissioner of Police, Mr. Joshak Habila, who paraded the suspect along with other suspected criminals on Thursday, said, “Luck ran out on Maduabuchi when the wife alerted the police on his questionable role when the baby fell ill and he took him out and did not return with him.”

But the suspect told our correspondent that he did not sell his son, but only took him to a herbalist when he took ill. 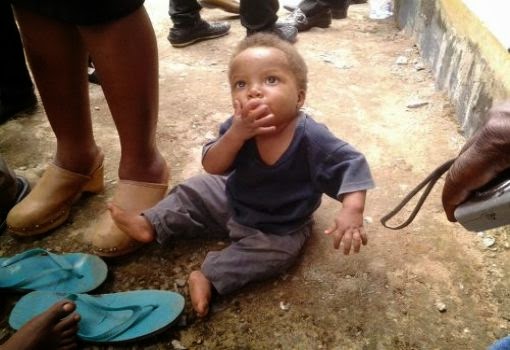 He said, “The herbalist gave me money and told me that he could not heal the baby. I therefore left the baby in the herbalist’s home.”

But his explanation was countered by his wife, Eberechi, who said he took their son, who had a cough to the said herbalist, but instead of returning with the baby, rather came back with bundles of money.

She said, “When I demanded explanations on the whereabouts of our son, he could not offer any convincing answer.”

The wife, who is also pregnant, said she raised the alarm, which attracted neighbours who helped to arrest the husband.

The neighbours subsequently alerted the police, who picked up the husband who later led the police to the herbalist’s house at Owerrinta where the boy was recovered .

[Reported By Stephen Ukandu, Metro Plus]