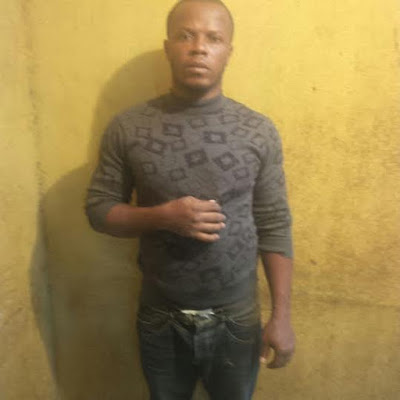 July 21, 2016 – Father Who Impregnated His Daughter In Maryland Lagos Arrested

The resident of 5 Kode street in Mende area of Maryland Lagos reportedly procured abortion for his daughter to cover up his crime.

The suspect was arrested after a neighbour, identified as Uche, whose 18-month old baby was reportedly violated, reported the matter, on discovering that Ijeoma Ndukwe, Michael’s lover, assisted in procuring abortion for his teenage daughter, Maria.

Police investigation revealed that Michael started sleeping with his daughter in 2013 until she got pregnant.

Police alleged the suspect started sleeping with 13-year-old Maria when she was 10. Upon discovery of the pregnancy, the suspects, Mr. Kennedy Michael, and his wife, who happens to be the stepmother of the victim, quickly took her for abortion.”

Those who assisted the teenager to get abortion have been arrested.

The victim is now under protective custody in a shelter.