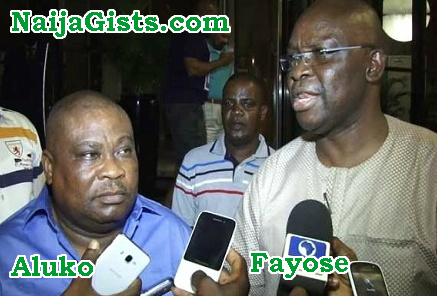 See what former Ekiti PDP Secretary, Temitope Aluko said about the ongoing scandal rocking the seat of Ekiti State ‘Man of The People’, ‘Stomach Infrastructure’ specialist, Ayodele Fayose during an interview on Adaba88.9FM monitored by NaijaGists.com. 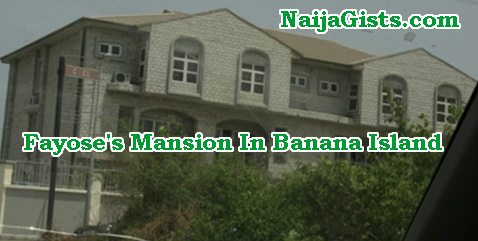 “President Jonathan gave us security and money, the money was sent from a Diamond Bank branch through an account run by Sylvan MacNamara, a company owned by Obanikoro.

“He (Fayose) chose his man, Abiodun Agbele, to keep the money in a Zenith Bank account and the money was lodged at Zenith Bank, Alagbaka Branch in Akure. The transaction was not recorded and it got to a stage when it was discovered that the money was short by N80 million.

“This caused a crisis between Fayose and Obanikoro who brought money thrice from Abuja. He (Obanikoro) brought other things apart from money which I won’t disclose now and it was from it that N1 billion was released to INEC officials to manipulate Ekiti and Osun polls.

“Fayose was threatening former President Goodluck Jonathan that he (Fayose) must deliver so that Jonathan will win in Southwest. All the PDP elders were kept out of picture on the transactions and cash and some of the cash deployed did not get to their destinations.

“The cash carried on the plane was not entered into the plane manifest, the N2.1 billion was delivered to a bank at 4:30am in Ekiti. The N2.3 billion remaining from the total cash received for the election was used to buy house in Abuja and the house belongs to Fayose.

“Fayose purchased five houses in Victoria Island and Banana Island. The property in Dubai was purchased by a fellow who is known as Bisi in Ekiti but is known as Femi abroad. Questions are being asked on the N3 billion used to purchase the Dubai property but I strongly believe that we will recover our money.”