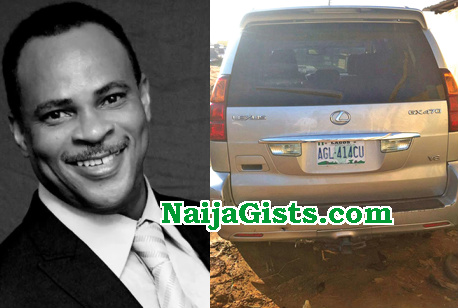 The actor was returning from a night club when some armed men swooped in on him in Aguda, Surulere Lagos.

He was ordered to go to the back of his Lexus Jeep before the robbers requested for his ATM card. However, the actor told them, he didn’t take his ATM card along.

Fred Amata’s response reportedly angered the dare devils who immediately ordered him to remove his shirt, shoes, trouser and boxer.

An insider said the actor was abandoned at Fadeyi Bridge stark naked before a policeman gave him a T-shirt to cover his nakedness.

He was taken to Area C, Police Command where he wrote a statement before he was driven to his house in Surulere Lagos.