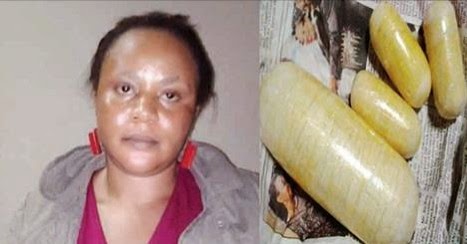 The 31-year-old single woman above identified as Aladi Onyinye Juliet was caught last week by officials of NDLEA with 430grammes of Heroine stuffed in her private parts at Ikeja Lagos International Airport as she was about heading to Dubai.

The single mother of one told the officials that she’s in dire need of money to pay her house rent and child’s school fees. She blamed poverty for her action and pleaded for mercy.