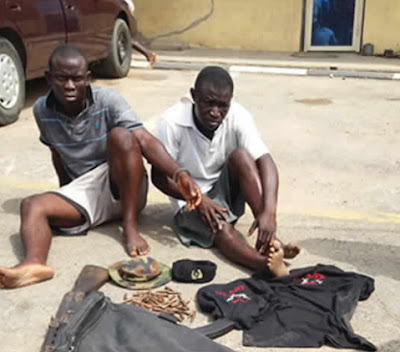 2 out of over 10 robbers who robbed commercial banks in Festac town on the 13th of October 2015 have been apprehended.

86 bullets and other ammunition were recovered from the suspects.

Other items found in the bag were a Nigerian Army cap, a T-shirt with the inscription, ‘Gallant Patrol’, and the sum of N134,675.

Everyday is for the thief, one day for the owner. #net don catch rat