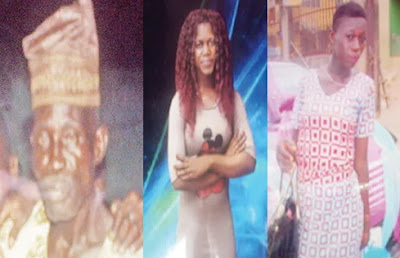 Alhaji Kamorudeen Ajibade and his daughters lost their lives earlier this week in a tragic explosion that rocked their house in Somolu area of Lagos.

The incident which happened around 10pm on Tuesday at No 5 Adebiyi Street in Somolu area of Lagos killed 65-year-old Mr Ajibade and his two daughters (19-year-old Wuraola and 15-year-old Shakirat).

The deceased was pouring petrol inside his generator beside a burning stove when Shakirat held the torchlight for him.

Few minutes later, the generator exploded on the two.

The sound of the explosion caught Wuraola’s attention who fell into the fire while trying to rescue her dad and sister.

The wife of the deceased, Mrs Rachael Ajibade fled the scene naked with her last child when the whole house went up in flames.