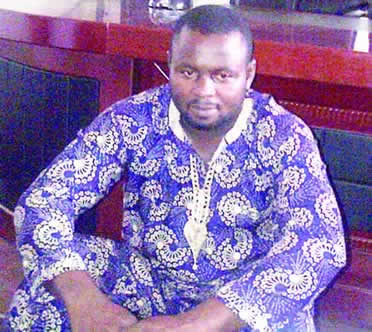 Lagos Police command has arrested a native doctor, Ifatade Elegbeleye, for allegedly duping and impregnating a female client, Cecilia (pseudonym), in the Ipaja area of the state.

We learnt that 42-year-old Elegbeleye, who hails from Ado-Ekiti, Ekiti State, was arrested by the X-Squad section of the command after the victim complained to the police.

The suspect was said to have been arrested on December 21, 2015.

Elegbeleye, who told us that he had sex with the lady, added that he and the woman fell in love with each other, while the sex was by mutual consent. He added that the victim had given birth to a baby girl for him.

According to the police, the native doctor allegedly had a culture of turning his female clients into house maids after having sex with some of them.

The police added that Cecilia’s mother, who is a trader in Abesan Estate, Ipaja, had also been allegedly defrauded by the native doctor to the tune of N7.9m in 2015.

Our correspondent gathered that Cecilia was taken to Elegbeleye in November 2014, to seek spiritual help on issues bordering on late marriage and spiritual husband.