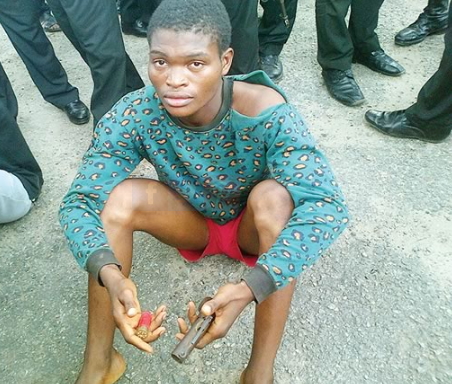 A 24-year-old hired killer identified as Tayo Adeyemi has confessed to police that he was paid to kill a guest at an undisclosed hotel in the Alakija, Satellite Town area of the state last week.

The suspect who hails from Kwara state was caught when a female lodger raised an alarm after he threatened to rape her.

Adeyemi was nabbed by police after he sneaked into the hotel last week Thursday and demanded that his target simply identified as Rosemary had sex with him so he would spare her life.

When she refused, the suspect offered to give her N1500 and it was at this point that she raised an alarm that attracted the hotel management.

See the suspect’s confessional statement below: 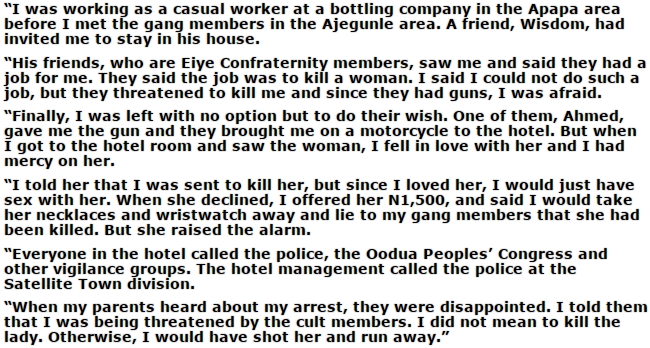