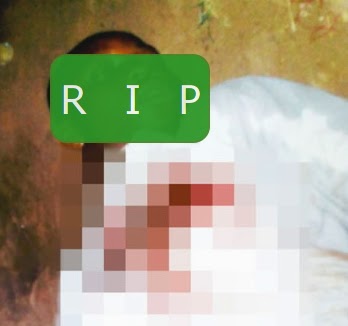 Some suspected assassins have murdered a tailor in Oke Abiaye area of Alagbado, Lagos.

38-year-old Oluwasegun Adegbenjo was found murdered inside a building under construction where he had gone for a business meeting.

The hired killers didn’t steal anything from the deceased. His jeep which he drove to the site was also left untouched.

The tragic murder happened on Wednesday the 28th of January around 11pm.

The wife of the deceased has been hospitalized for shock.