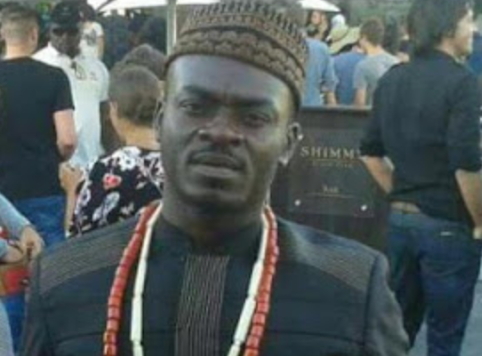 On Thursday, the Nigerian Union in South Africa that another Nigerian, Mr Uchenna Eloh, was killed in the Western Cape Province of that country.

“ We want to call the attention of Nigerian Government to the senseless killing of innocent Nigerians by the police in South Africa. At about 11.00 a.m. South African time on Wednesday, a Nigerian, Uchenna Emmanuel Eloh, popularly known as “Monkey’’, was killed by a South African police officer.

He was walking out of his house toward the bus station when a police van stopped to search him, suspecting that he might be in possession of illegal substance. “Three policemen accosted Eloh, one of them, by the name Williams, held him on the neck suspecting that he swallowed a substance, while another police officer held him by the legs,’’ he said. The union official alleged that the policemen dragged Eloh on the ground until he started foaming and suffocated to death on the spot.

“This is not the first time such senseless killing of innocent Nigerians was carried out by South African police officers. We have reported similar killings to the South African Government and Nigeria High Commission in South Africa and nothing was done to bring the culprits to book.

“We want the Nigerian Government to intervene to stop this brutality against innocent Nigerians and stop killing Nigerians out of hatred, racism or xenophobia,’’ he said.

Ikechukwu Anyene, President of Nigerian Union in South Africa, who also confirmed the incident, called for an end to the incessant killing of Nigerians in South Africa. “Our government needs to do something urgently to make it clear that Nigerian lives matter. We have made suggestions on what can be done, but it is now clear to us that the endless talks cannot yield any positive result,’’ Anyene said.

He said that the union had engaged a lawyer to take up the case against South African Police Service. “But, this kind of legal service should form part of consular services to provide legal services to victimised Nigerians,’’ Anyene said.

The union said that the police have opened an inquest into the case. NAN recalled that the Senior Special Assistant to the President on Foreign Affairs and Diaspora, Abike Dabiri-Erewa, had in February said that a total 116 Nigerians have been killed in South Africa through extrajudicial means in the last two years.

The presidential aide had said during a meeting with the South African High Commissioner to Nigeria, Lulu Louis Mnguni in Abuja that nearly seven in 10 of the killings were carried out by the South African police.

Continue Reading
You may also like...
Related Topics:deport, libya, Nigerians

Flash Flood Kills Father & 2 Children At Pengassan Estate In Abuja
Bukola Adeeyo: I Kept My Husband Identity Private For Personal Reasons, Odunlade Is Not My Lover