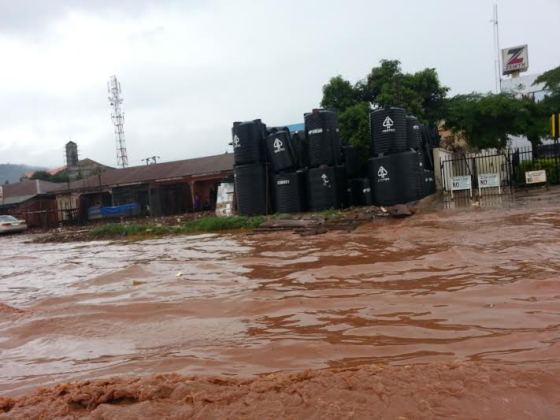 Tragedy struck in the early hours of Thursday in Abuja after an heavy downpour in one of the elite estates in Lokogoma area of the FCT.

A resident of IPENT 5 Estate simply identified as Kenneth was taking his two children to a summer lesson around 7am when his Honda SUV ran into the flash flood at Pengassan Estate.

He was warned not to drive in the direction of the flood but resisted persistent warning from residents.

His SUV was later covered by the force of the flood, trapping and killing the three of them.

Their dead bodies had been deposited at the Federal Medical Centre in Jabi Abuja.