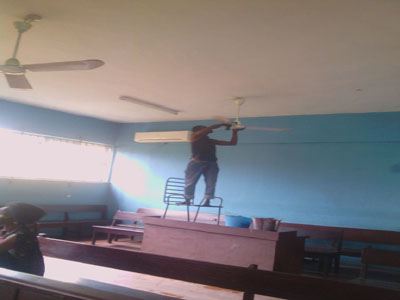 A 30-year-old man has been ordered to clean all the fans in the court rooms at an Ebute Metta Magistrate’s Court for allegedly attacking a driver.

Adebanji who hailed from Ogun state allegedly stoned and bit his victim after he (Echeloko) warned him not to disturb him.

After the convict pleaded guilty, the Magistrate ordered him to clean the ceiling fans in all the 10 courts.

The suspect reportedly cleaned 60 fans yesterday before he was let go.