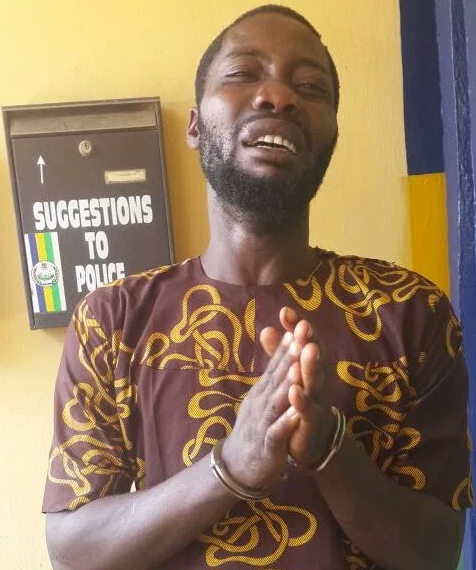 A suspected kidnapper identified as Tosin Odele has been arrested for masterminding the kidnap of 12-year-old girl, Eniola Oyekanmi in Ketu area of Lagos.

The kidnapper took Eniola to an undisclosed hotel in Mowe Ogun state on Friday where her family was contacted for ransom.

While threatening the family of their victim, Tosin Odele and his gang members were nabbed by Anti Robbery Squad from Mowe Police division who stormed the hotel around 1am on Friday to rescue the girl.

While Tosin was arrested, his other gang members fled.

He is currently at the anti kidnapping unit of Ogun State Police Command at Eleweran area of Abeokuta.